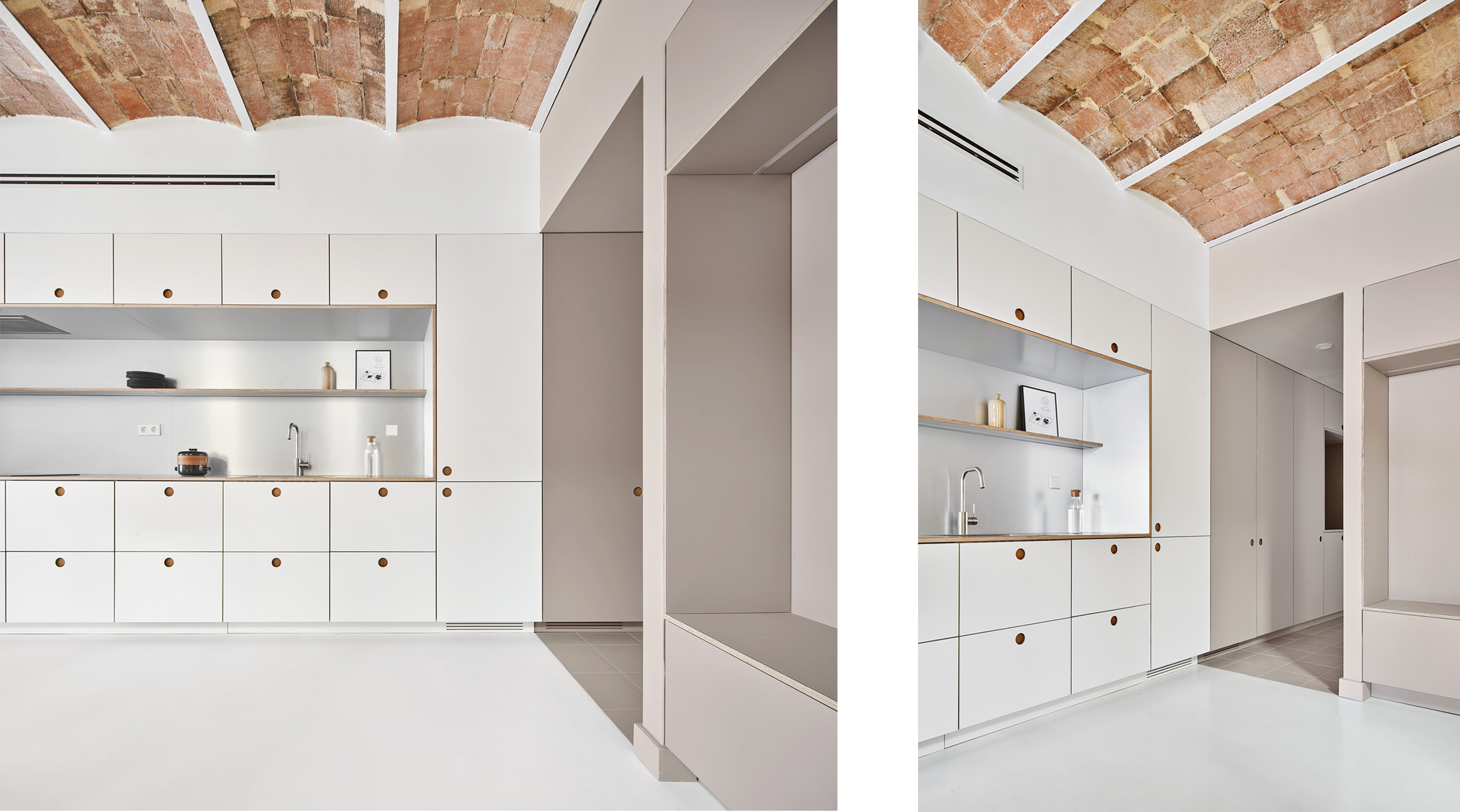 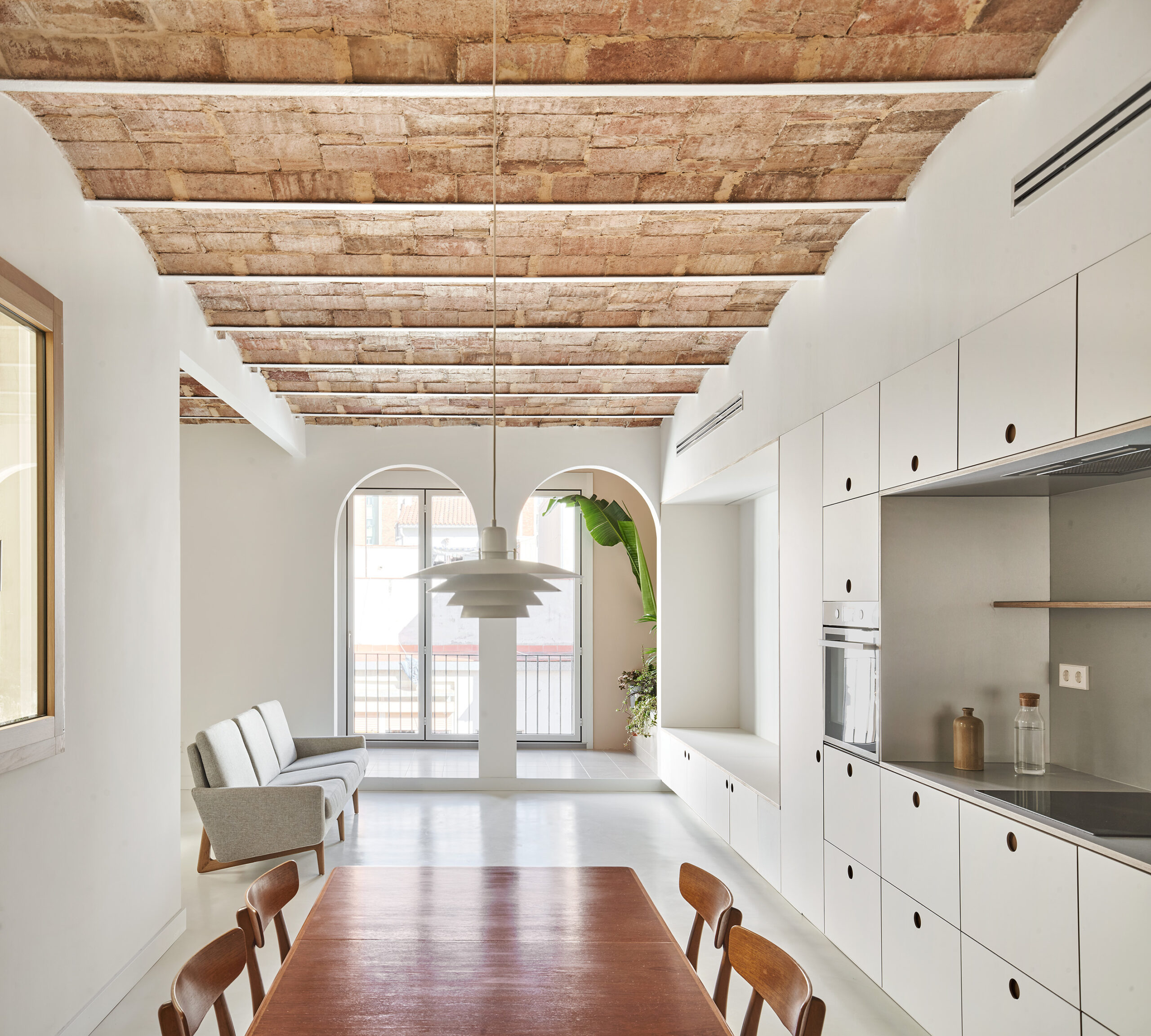 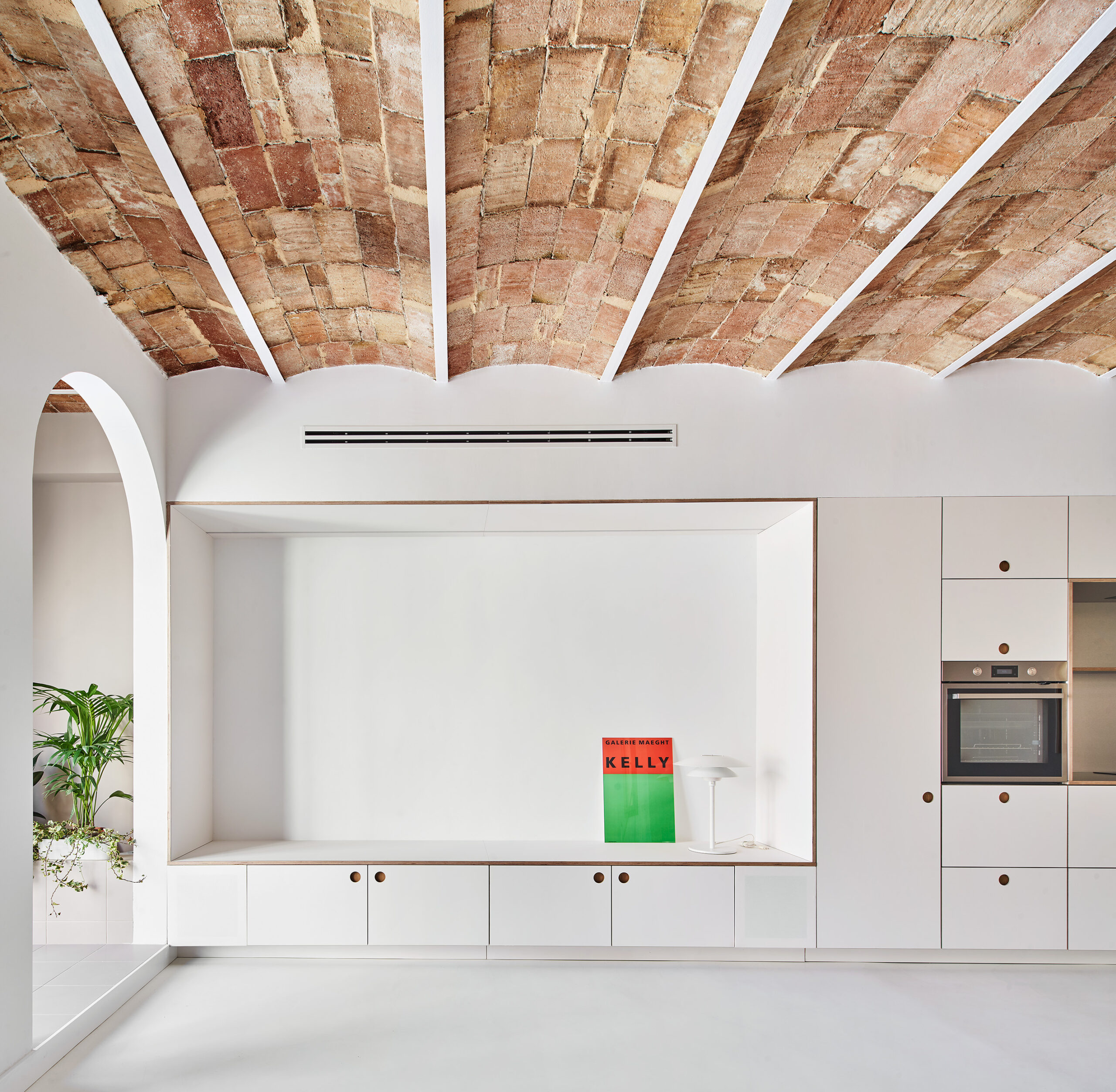 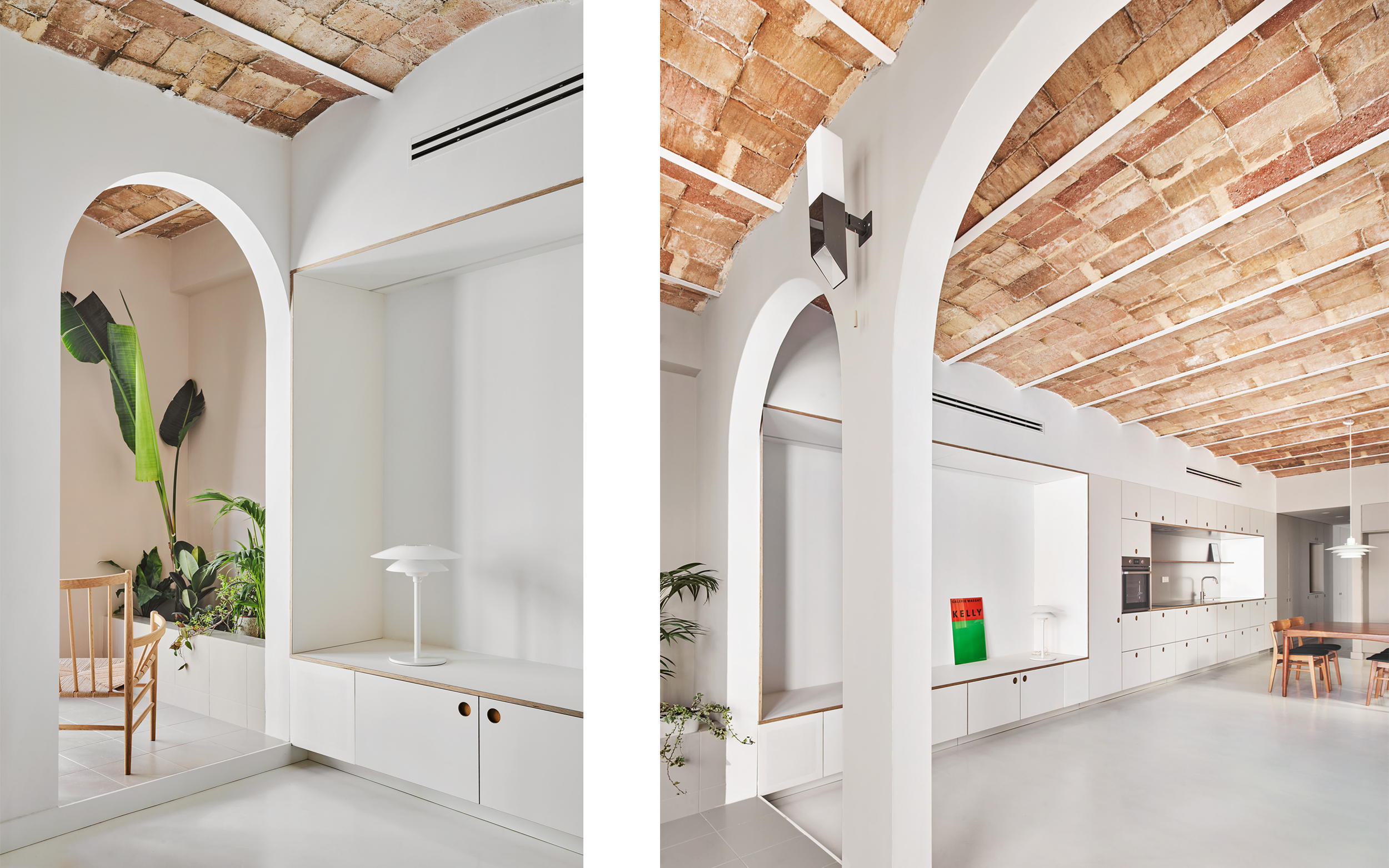 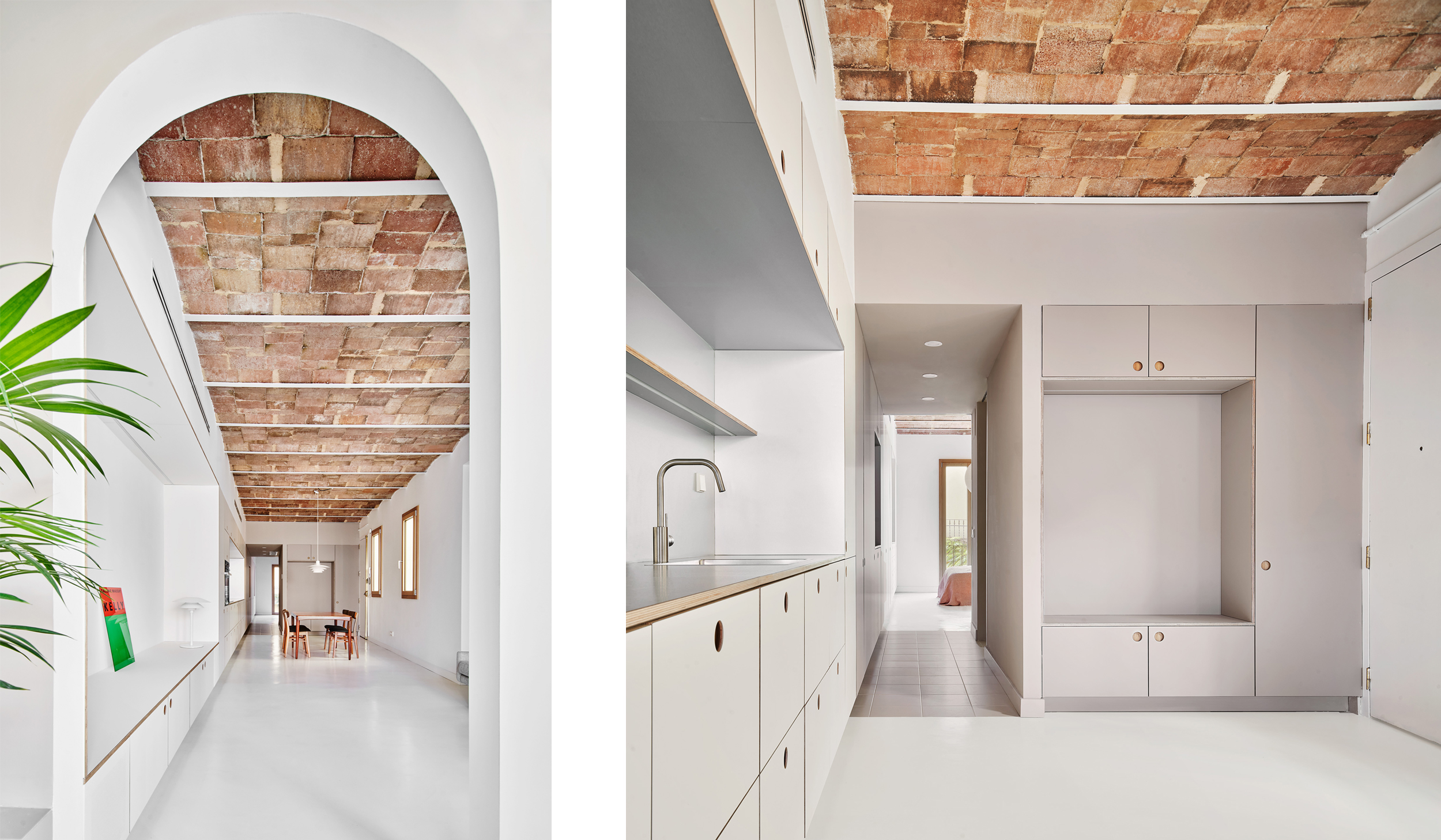 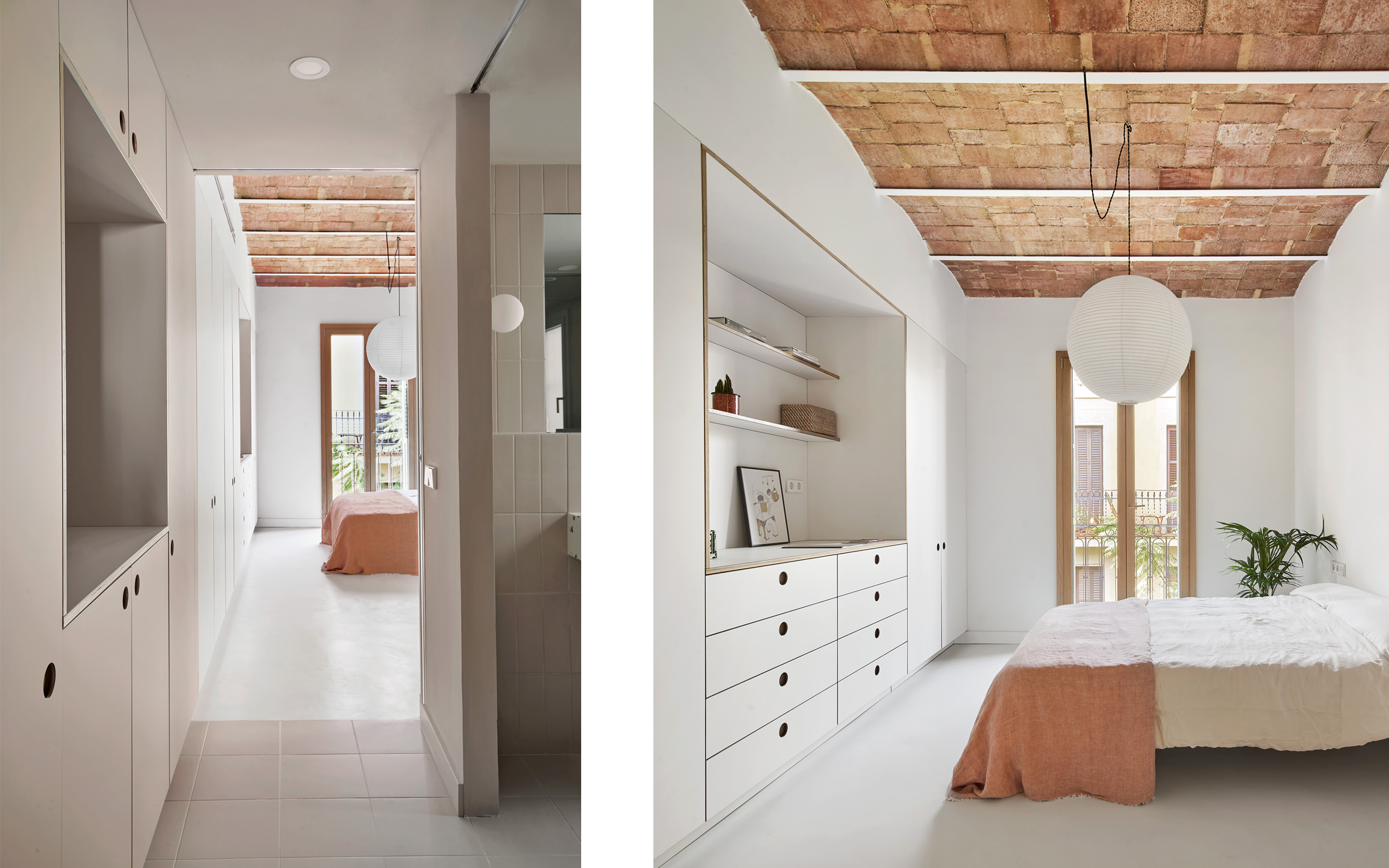 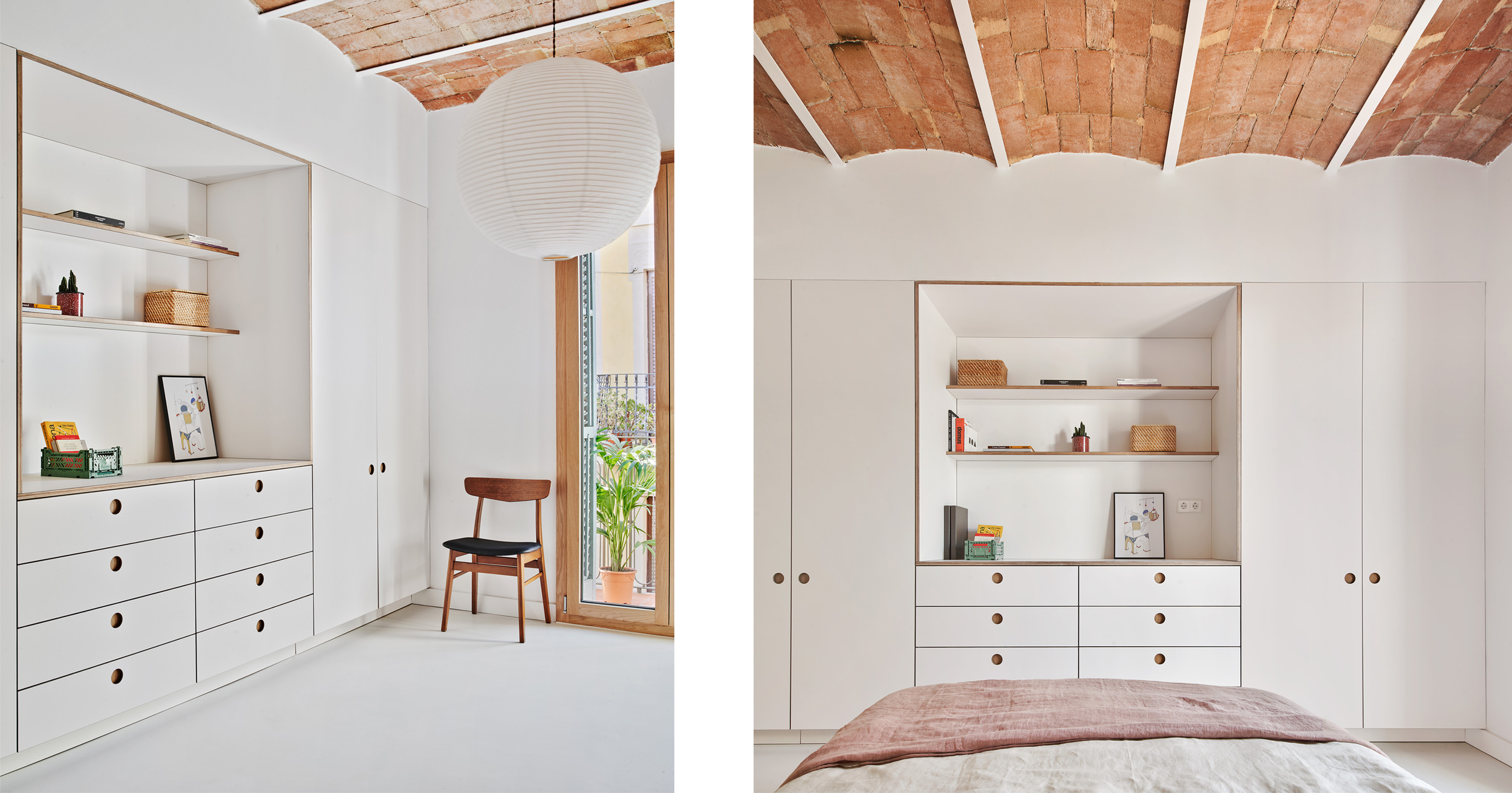 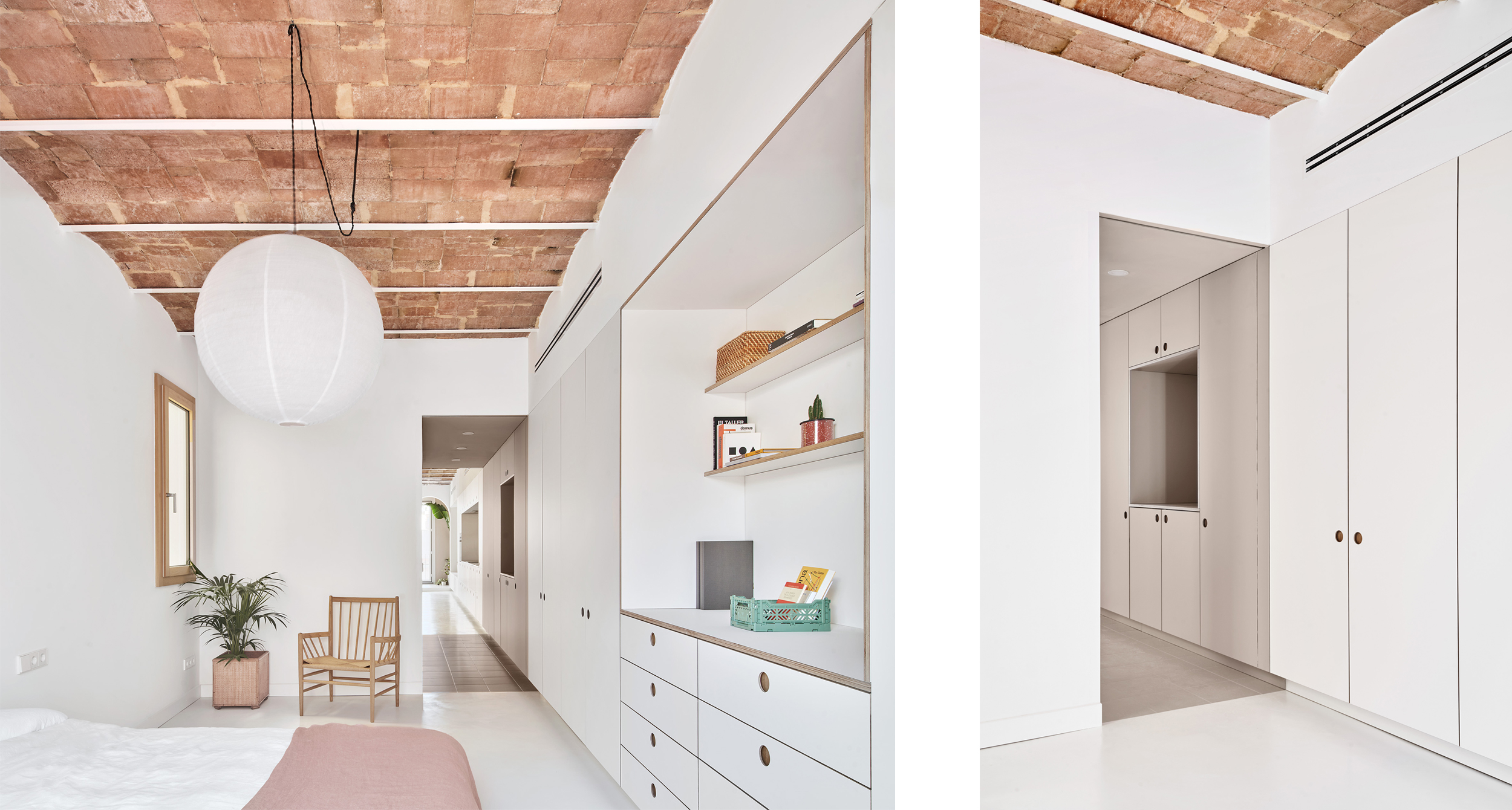 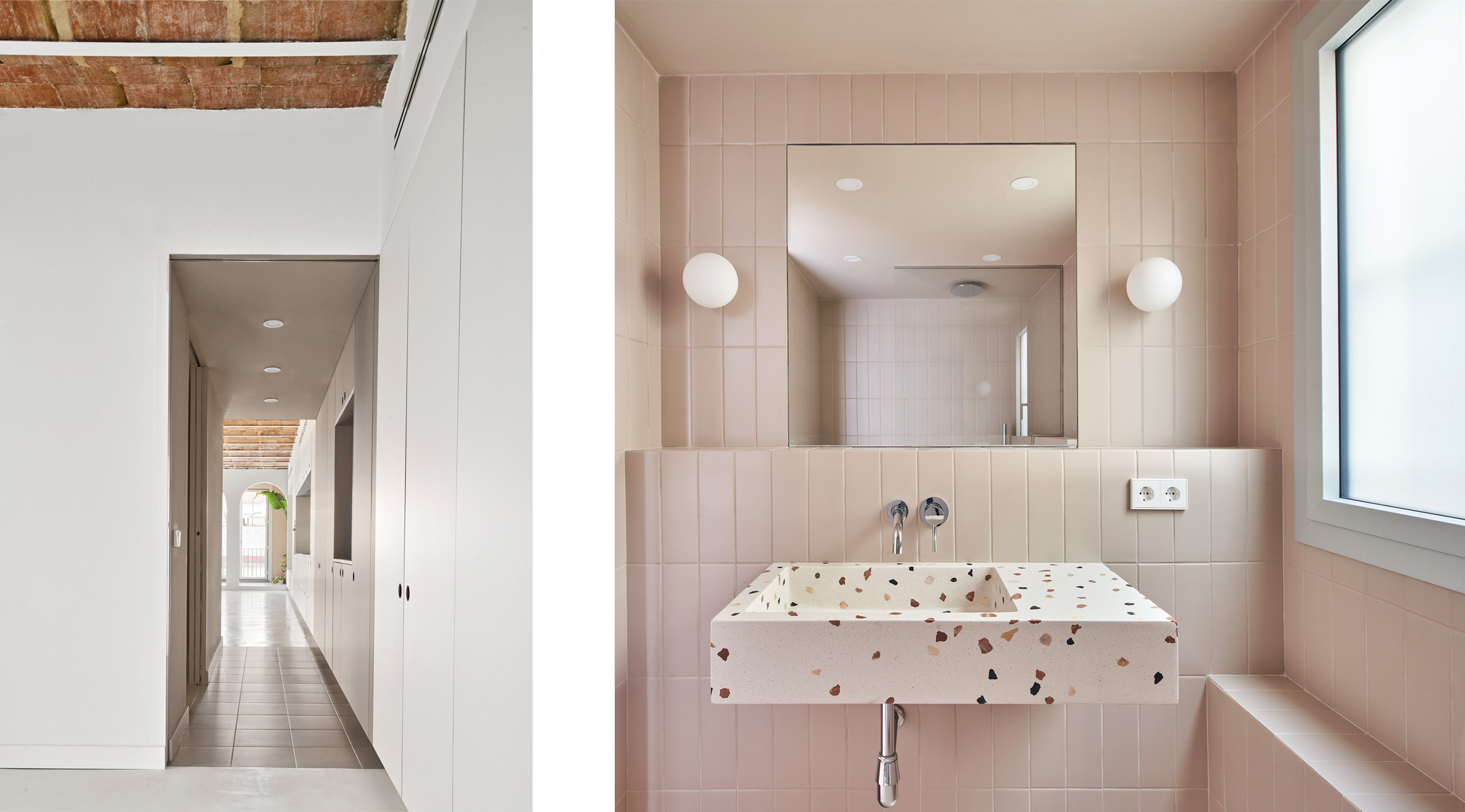 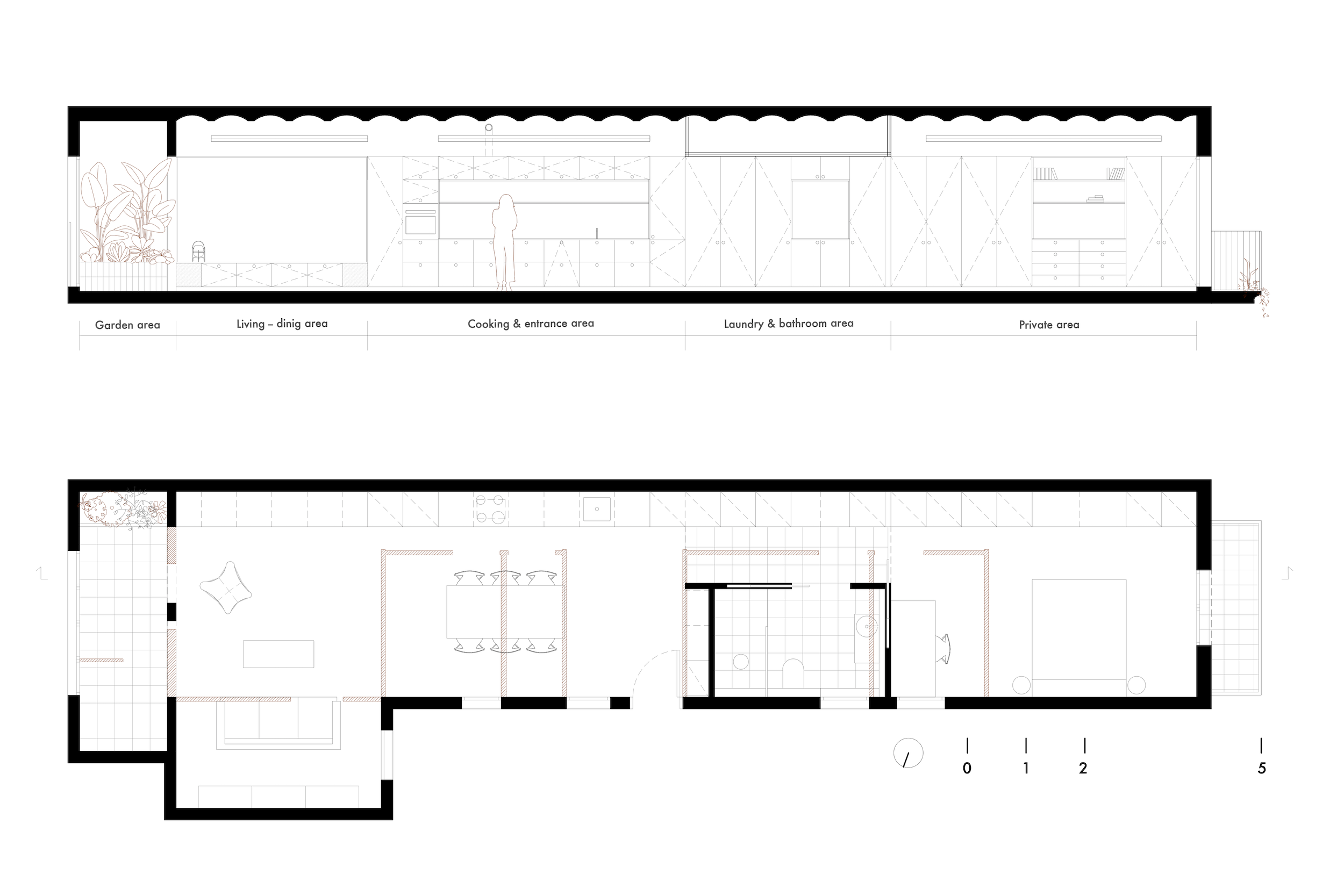 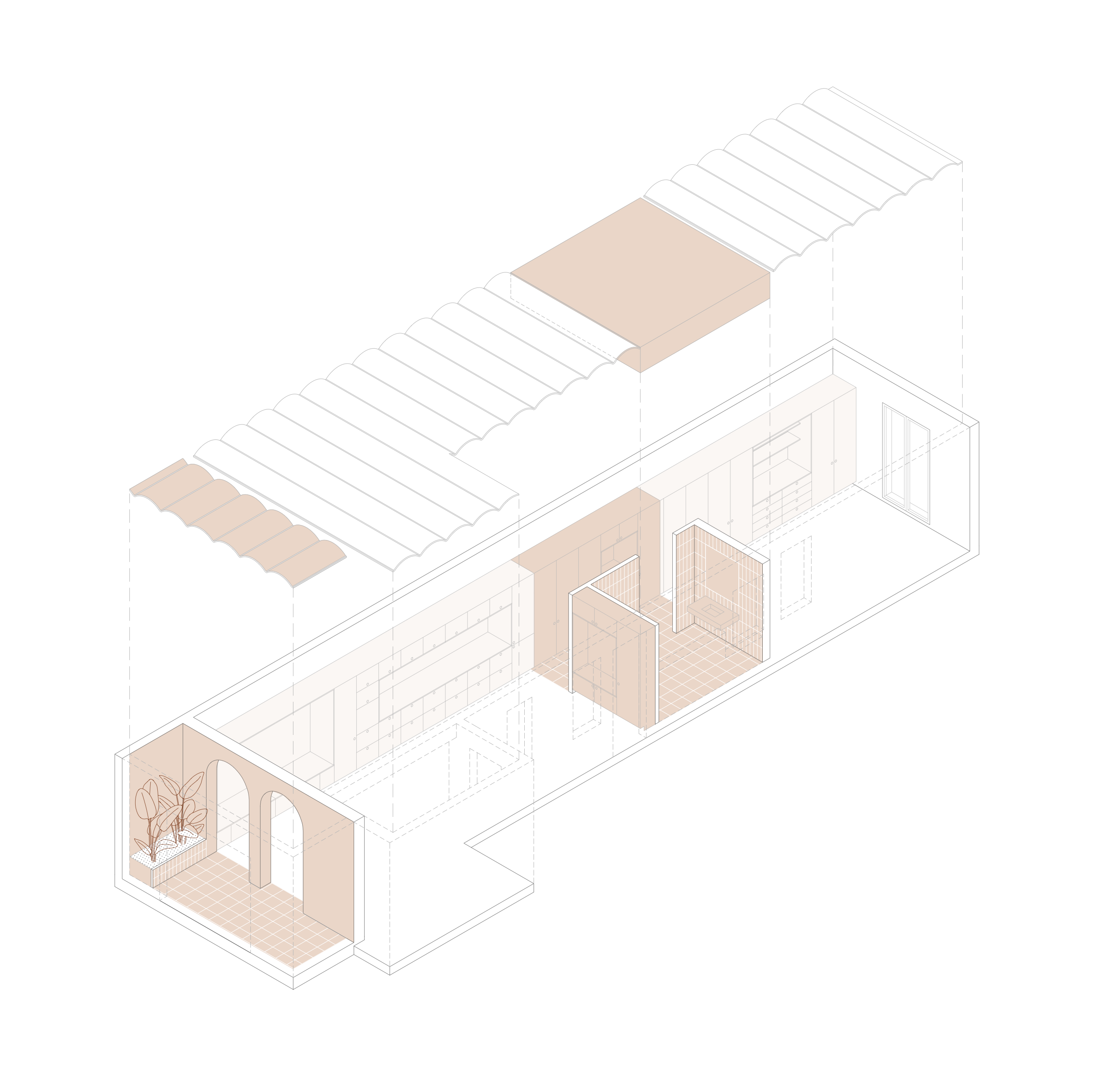 The clients, a young couple, commissioned us this project with the sole premise that they wanted a space that was as open as possible and that, at the same time, it could be compartmentalized and become two differentiated areas, to be able to work and perform different tasks throughout the day simultaneously without bothering each other.

In this way, the proposal is based on the elimination of all the existing partitions, leaving a large open space that is traversed by a piece that contains the installations and the entire functional and storage program, thus freeing up the rest of the surface of the apartment. This great void is only interrupted by a transversal strip that contains the bathroom and that acts as a separator between the two rooms.

In addition, the old gallery is used as an intermediate space between the interior and the exterior as a winter garden, which works, in turn, as a heat collector in the colder months and as a terrace in the warmer ones.

This website uses cookies to improve your experience while you navigate through the website. Out of these, the cookies that are categorized as necessary are stored on your browser as they are essential for the working of basic functionalities of the website. We also use third-party cookies that help us analyze and understand how you use this website. These cookies will be stored in your browser only with your consent. You also have the option to opt-out of these cookies. But opting out of some of these cookies may affect your browsing experience.
SAVE & ACCEPT