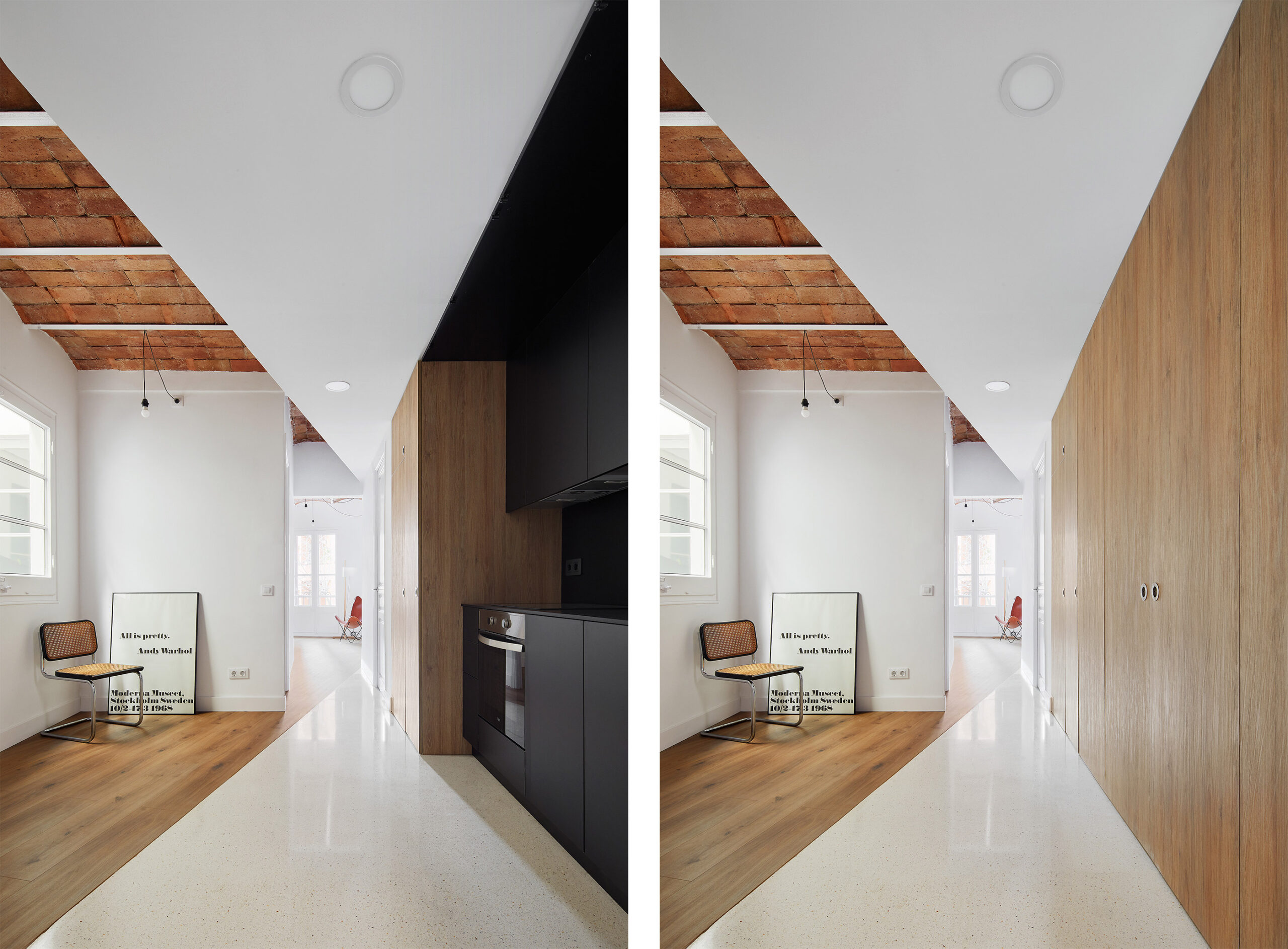 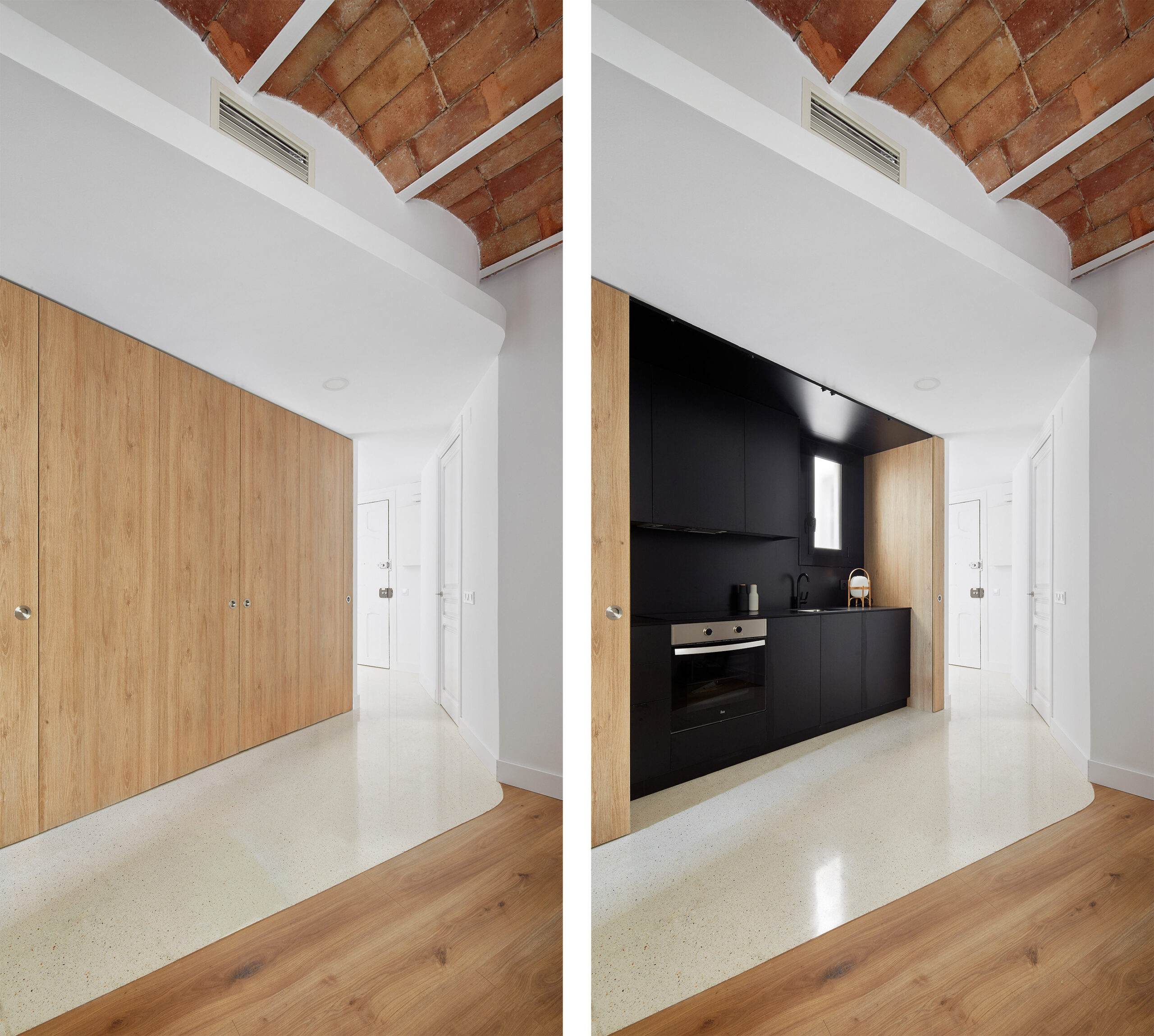 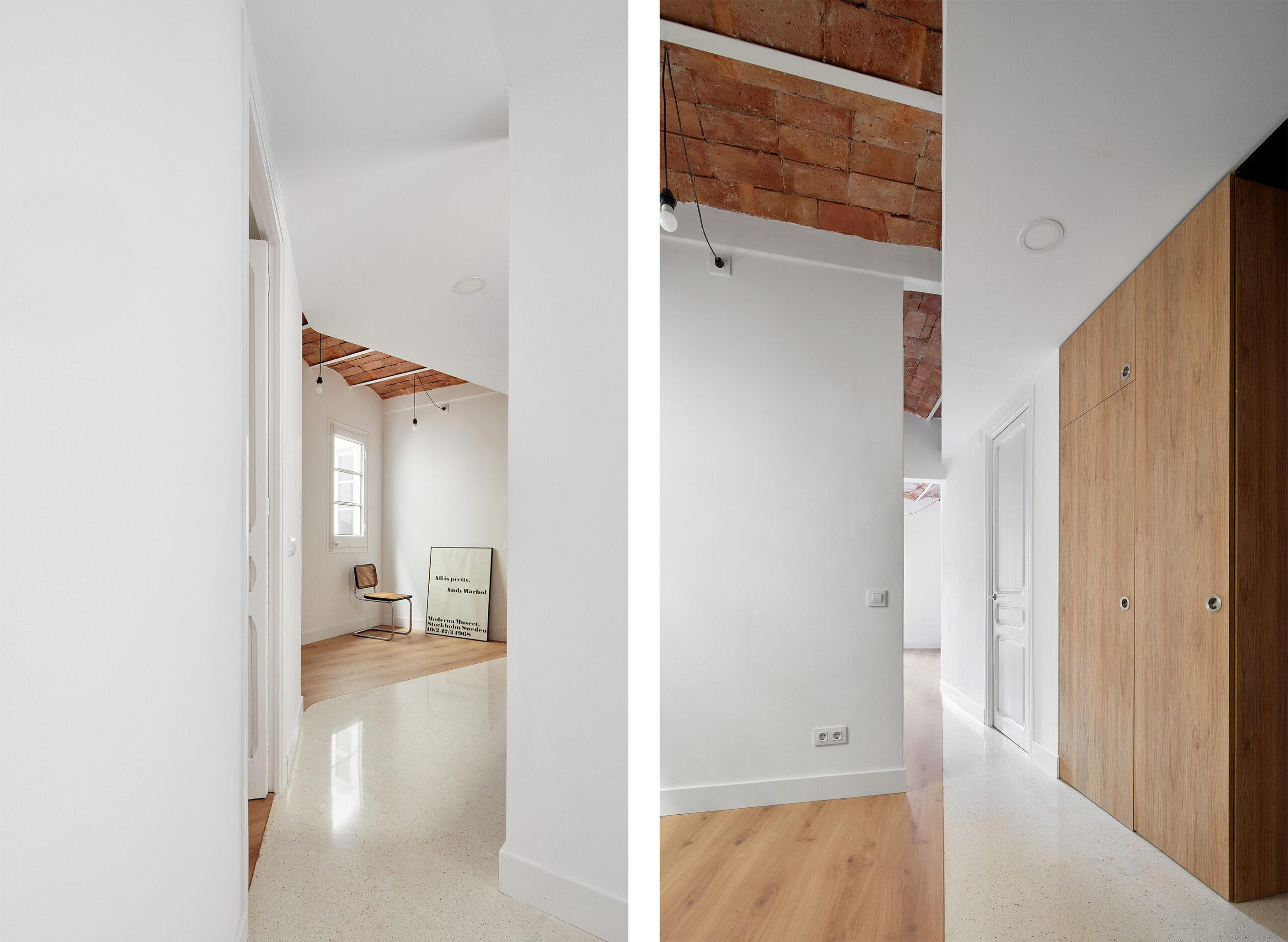 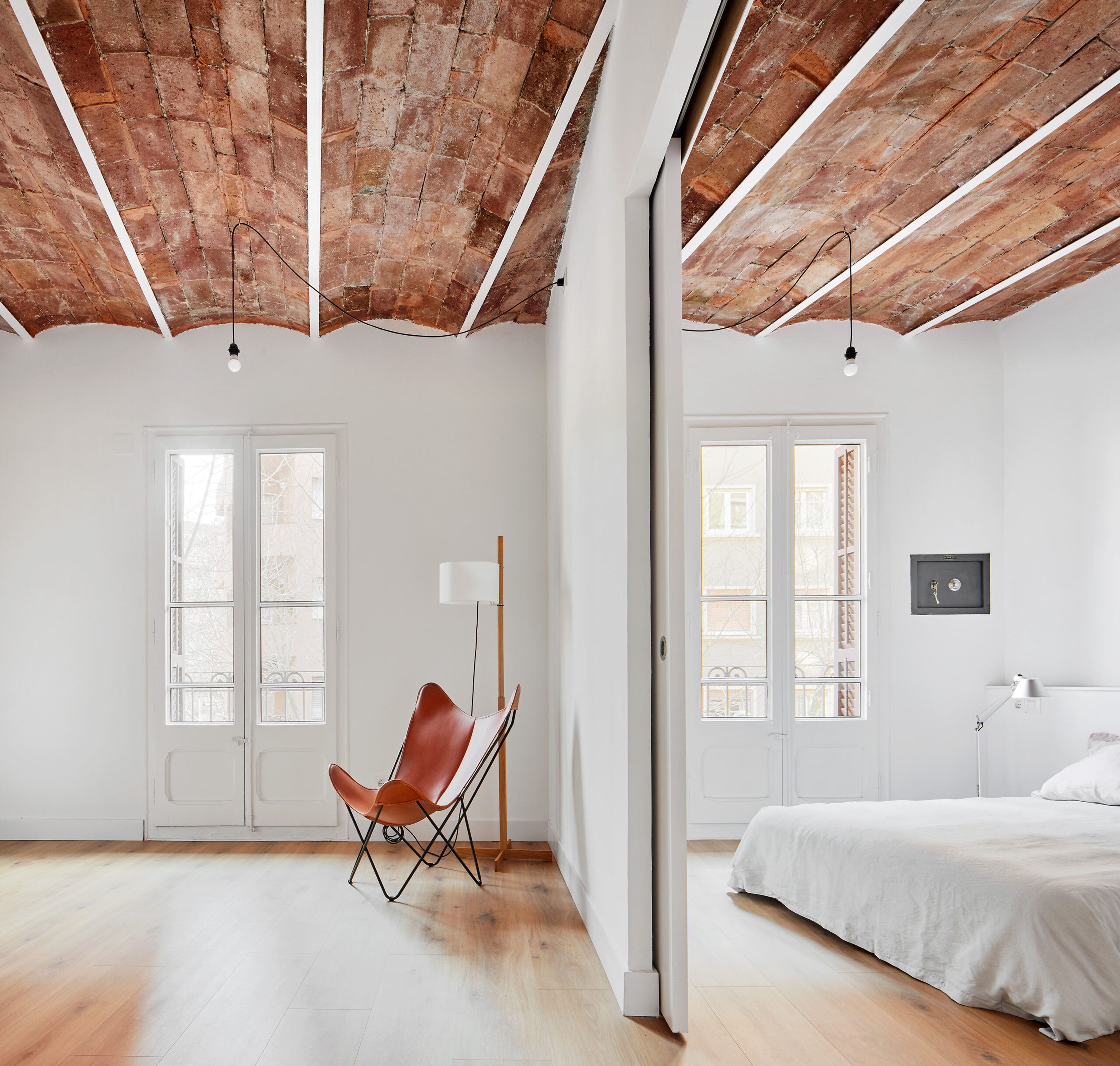 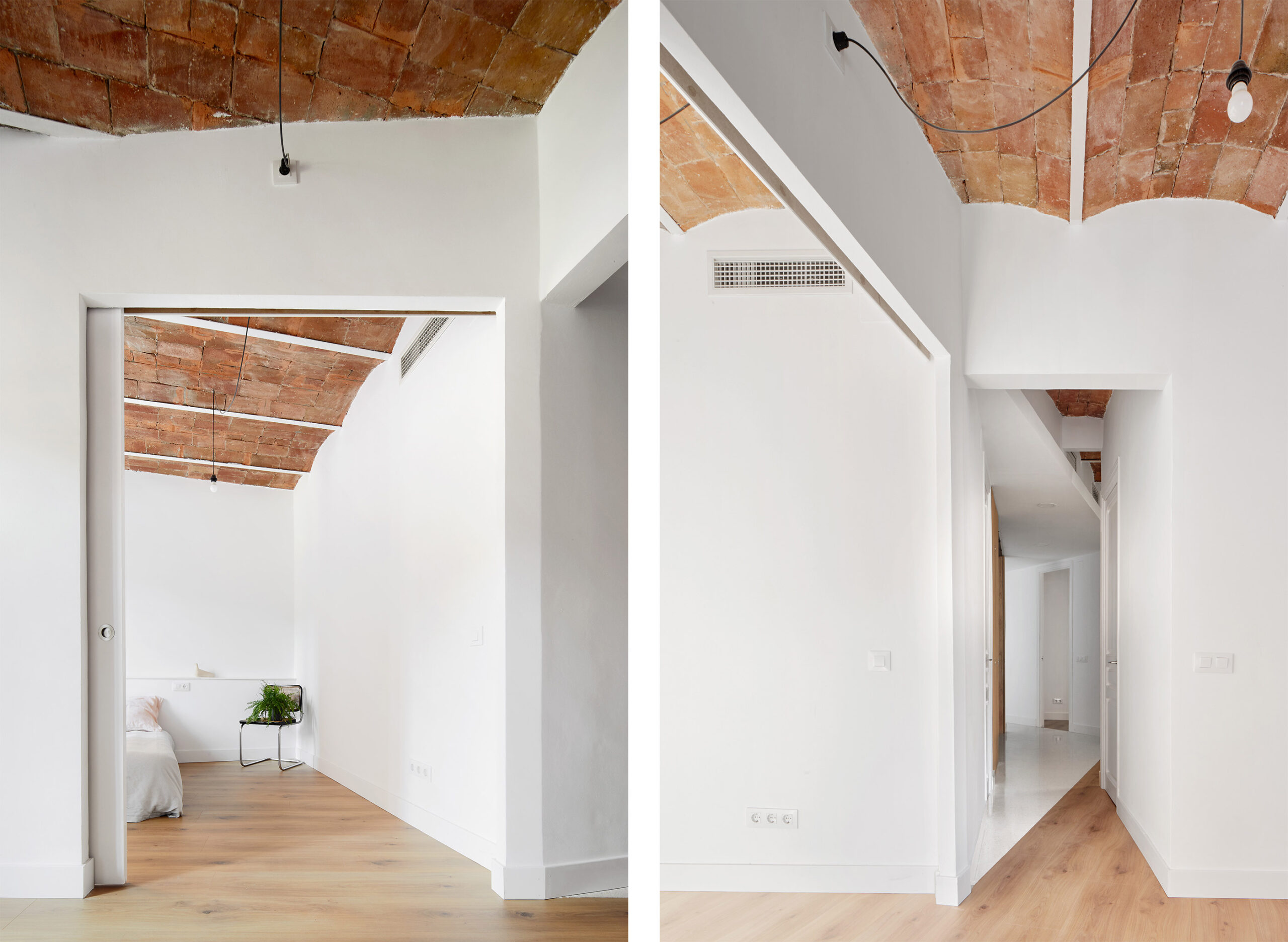 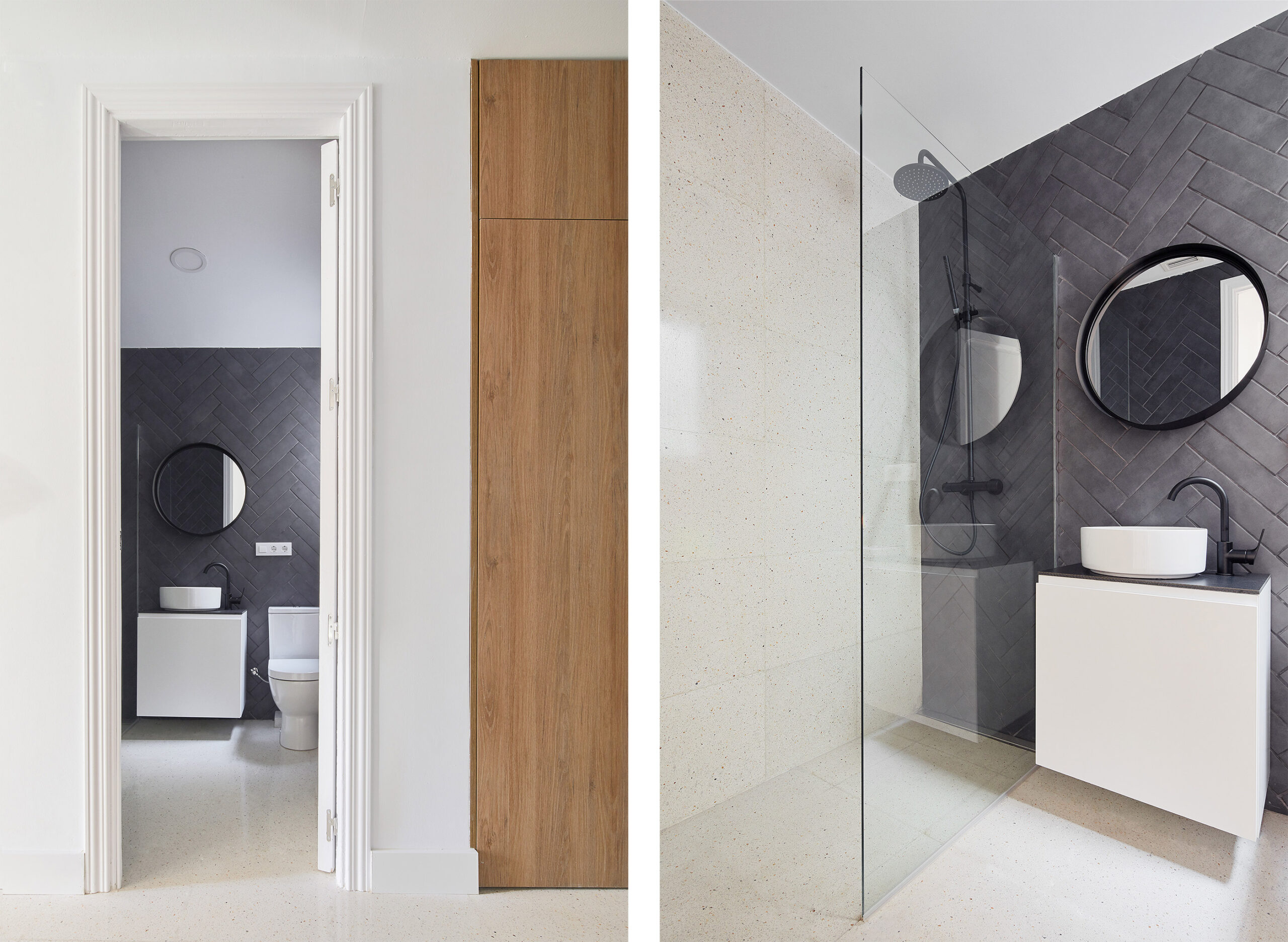 The project is located at a stone’s throw away from the most popular urban park in Barcelona – Parc de la Ciutadella -, amidst Eixample urban surroundings; inside a classical building with high vaulted ceilings and six dwellings per landing. To our surprise, we were left with challenging irregular perimeter difficult to resolve into a functional layout.

We focused on the conservation of the perimeter and all structural elements, eliminating all the imposed dysfunctional partitions and afterwards tracing an axis from one corner of the house to the other, providing continuity and unity to a very broken piece.

The axis not only consists of a geometric gesture, it divides the piece into two zones establishing a clear hierarchy between the services area, where we locate the entrance, kitchen and bathroom as well as all the air conditioning and ventilation systems, electricity and boiler; and the served area where the rooms, dining room and living room are located. Taking the axis as a reference and its projection on the ground plane, ceiling height differentiation and material choices were made (tiles for service and wet areas, and wood for noble areas).

The improvement in natural light penetration was accentuated with a meticulous selection of materials and color choice throughout the piece. The attention given to the contrast between old and new is soothing, emphasizing the simplicity of Barcelona’s traditional architecture of the start of the 20th Century.