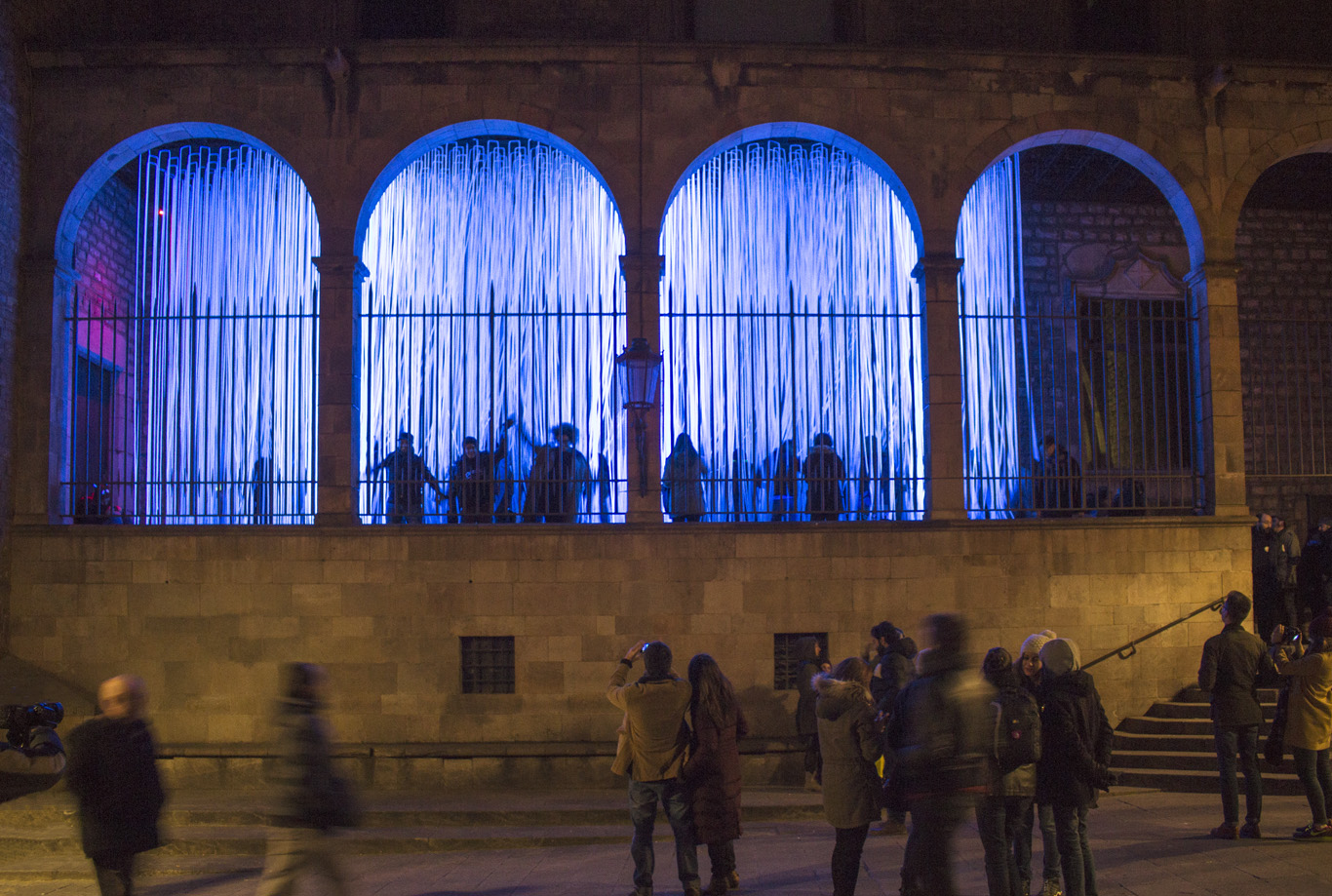 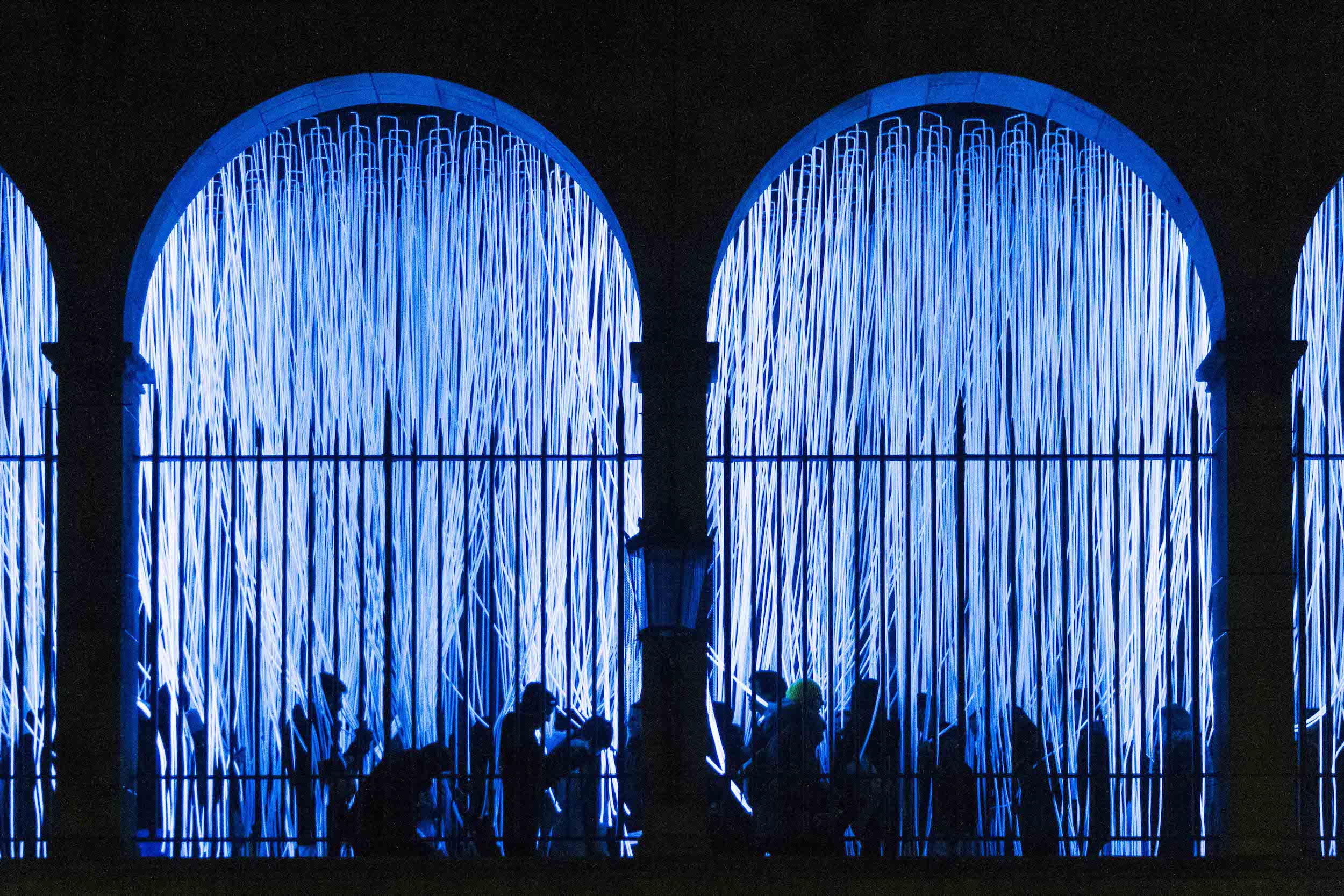 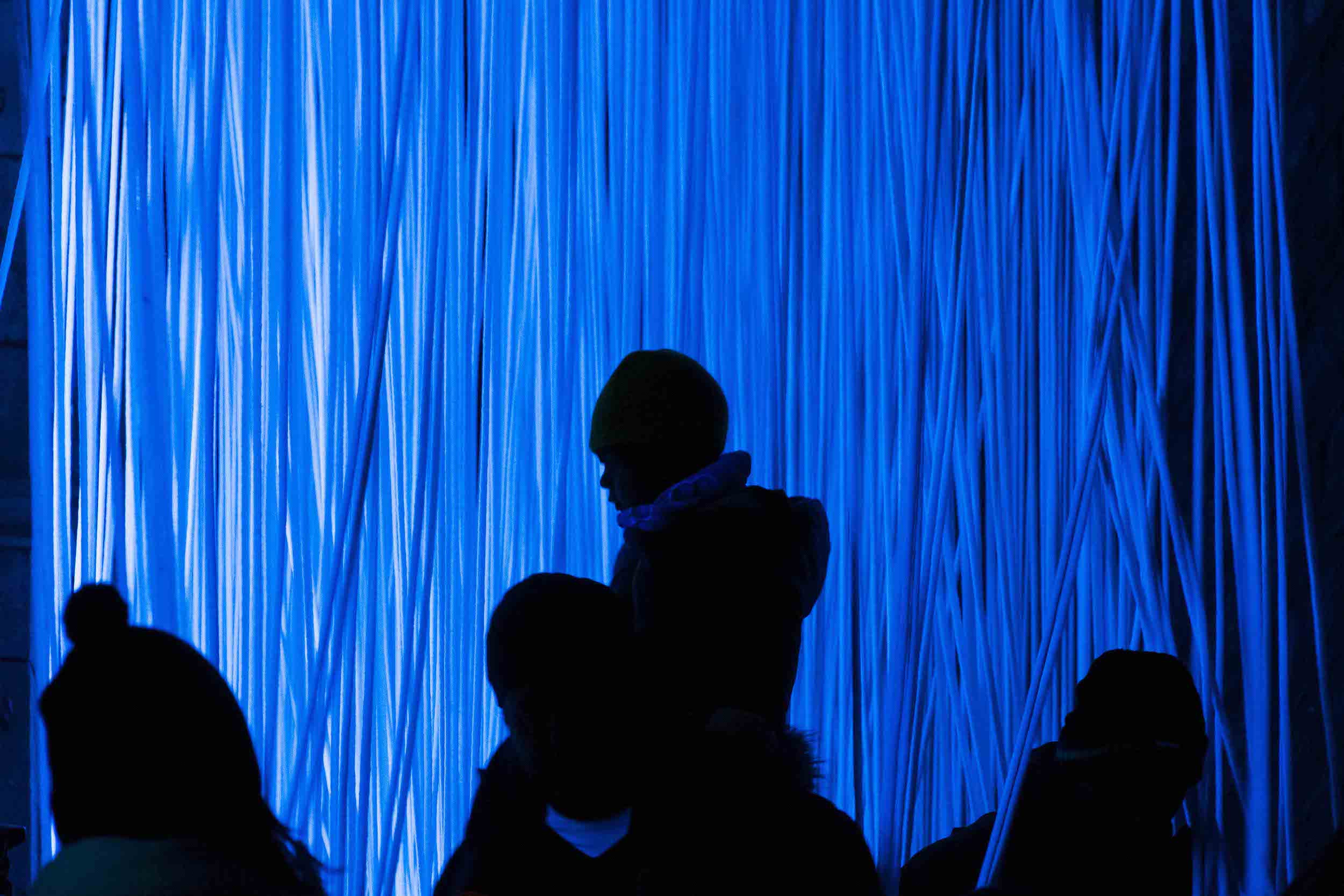 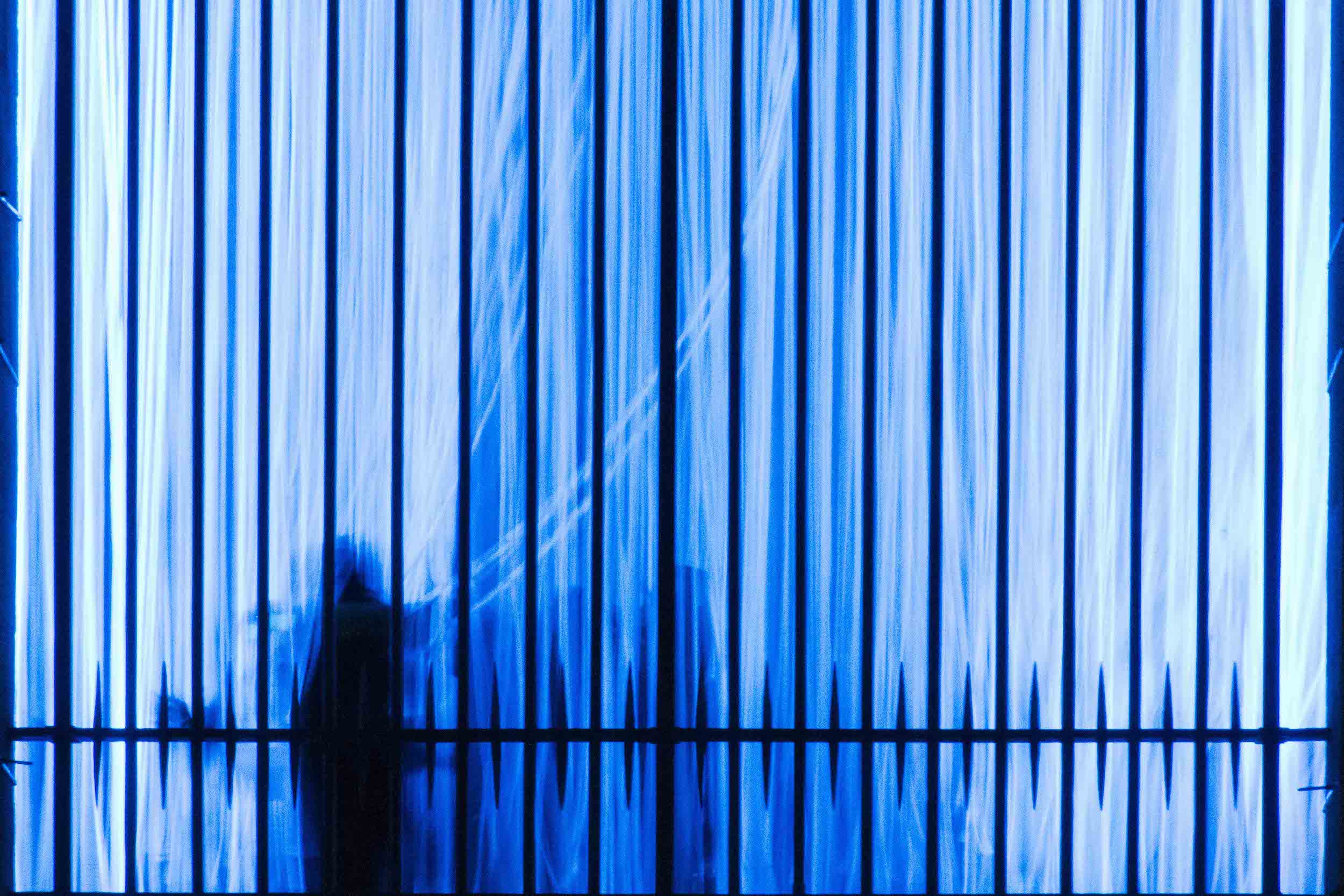 *Nominated and awarded the opinion prize at the 2016 FAD awards for ephemeral interventions: More information

The Neu Morta project aims to transform the relationship between Sant Lu square and the Tinell porch.

We aimed to open up to the public a space that is always closed. We also wanted people to see the light and feel the desire to immerse themselves in it, to become part of the light. To observe, and then, to be observed.

We wanted to reverse the relationship between the square and the porch. To turn the porch into an outdoor space and to feel the square as an indoor space. We made it snow on the porch. Motionless, dead, dense and cold snow.

We achieved the density of the snow with a series of hanging cotton ropes that formed a penetrable mesh of 15x15cm. A large curtain 2m wide, 4.5m high, and 11m deep. The coldness was reached with a source of black light set by fluorescents hidden behind the columns of the porch that only illuminated the cotton of the mesh and some of the people’s clothes. The facade of the Tinell was the dark background we needed.

The mesh was raised from the ground 40 cm, at the height of the porch’s parapet.

The floor was lightened with the traces of cotton dust that people carried when they grazed the ropes. The counterpoint to the immobile coldness of the installation was achieved with a red light projector set to make a beating effect that helped us both to define the end of the journey and to make the people feel the desire to arrive there.

Harmonies congelades, a piano melody that was composed specifically for the installation by Gerard Guerra [ETSAB student and musician], deepens the perception of the atmosphere, creating a ceremonial rhythm that accompanies the steps of visitors entering the light.

The Neu Morta project is also a teaching project of the ETSAB (Barcelona School of Architecture).

Along with the professor, the students have been in charge of making the installation possible through its different phases: Workshop project / Production / Assembly / Registration installation / Dismantling